Thursday morning we continued our drywalling and firestopping in the Ninth Ward. Sorry, looks like I didn't get any more photos... In the afternoon, we returned to JazzFest. First up: Randy Newman, who performed a great set - of course, Lousiana 1927 was featured, but he also had some good new material. Including the audience participatory I'm Dead (But I Don't Know It). 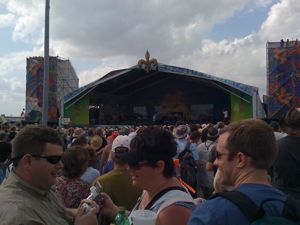 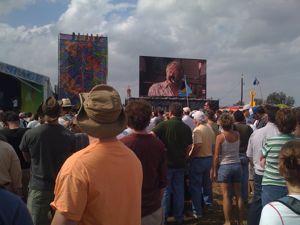 And that was followed by a trip to the Fais Do Do stage for CJ Chenier: 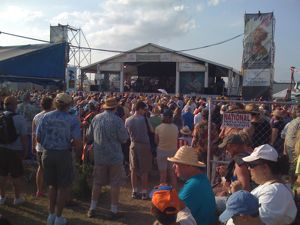 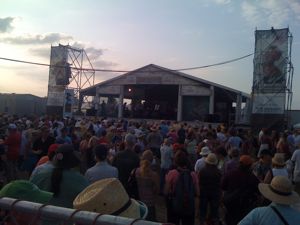 On the way back, I was admiring this old-school neon sign on Canal Street: 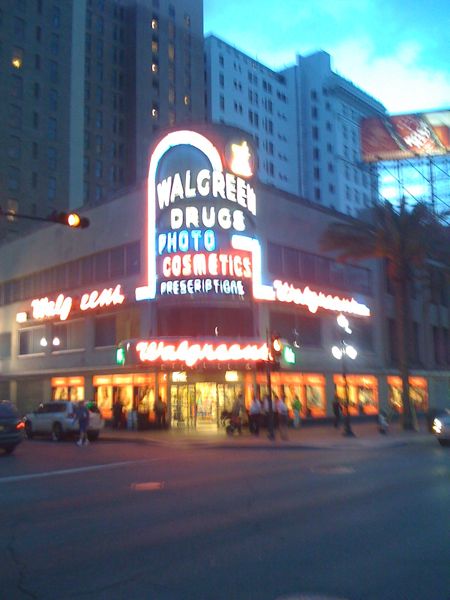